Don’t touch my hair! A polite reminder to all non-black people…

This lockdown period has been a great time for reflection. I have been delving into the reasons for my depression and anxiety and what amounted to it. For me, a lot of physical, verbal, emotional, and racial bullying, alongside feelings of loneliness and isolation built up to me being in a very dark place.

I am going to tell you a story about one of the best and worst nights of my life. The River Boat Cruise. At my secondary school, it was a right of passage for all year 10 students (14/15 years old) to go on a boat down the river Thames in Oxford for an end of year party. At this stage in my life, I was beyond broken and was constantly searching for validation in whatever way it displayed itself. I had some friends at this time but I never truly believed they liked me based on past hurt. I always felt like an outsider even with my small group of friends. So, going to the River Boat cruise was my moment to get people to like me. I guess you can say it worked, I had some friends by the end of the night but it was not the nicest journey to get there… Let me explain! 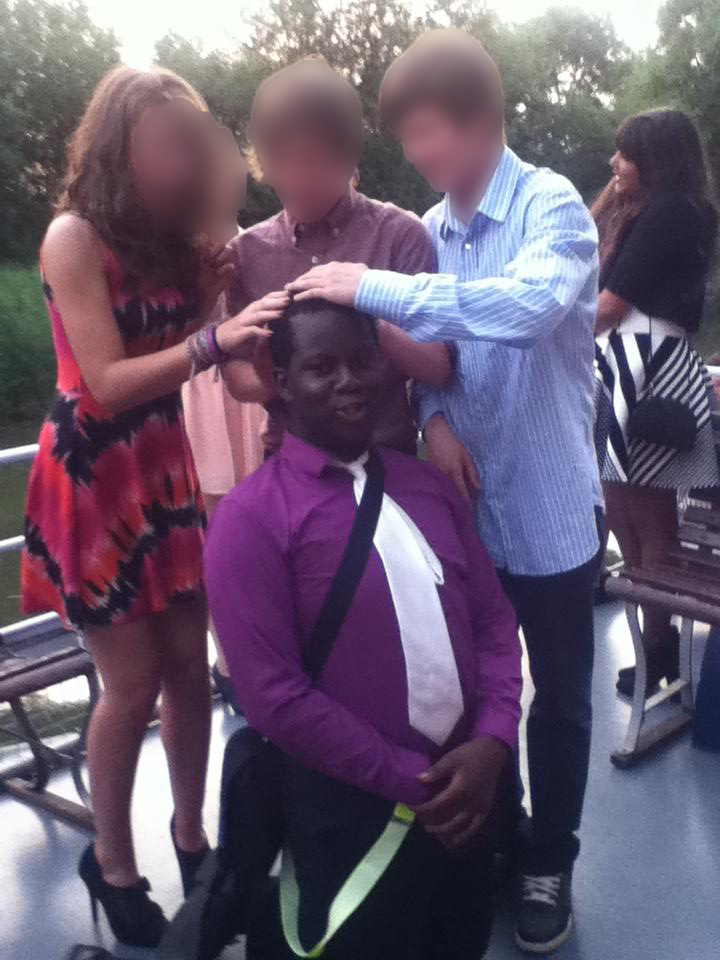 This picture is just as bad as it looks. It is me knelt down, on the ground so that white students could touch my hair…

This image right here was a new low for me (Until I tried to commit suicide) and a visual representation of how subservient I still felt towards the white students in my year. I have blurred their faces because their identities aren’t exactly relevant as I am friends with some of them now. I wanted to address this because this image still exists on social media. What makes it even worse is that I didn’t even know that this picture was being taken until I saw it online a couple of days later. As amazing as the River Boat Cruise was – I danced so much that night – it was also one of the worst nights ever because I remember crying myself to sleep. 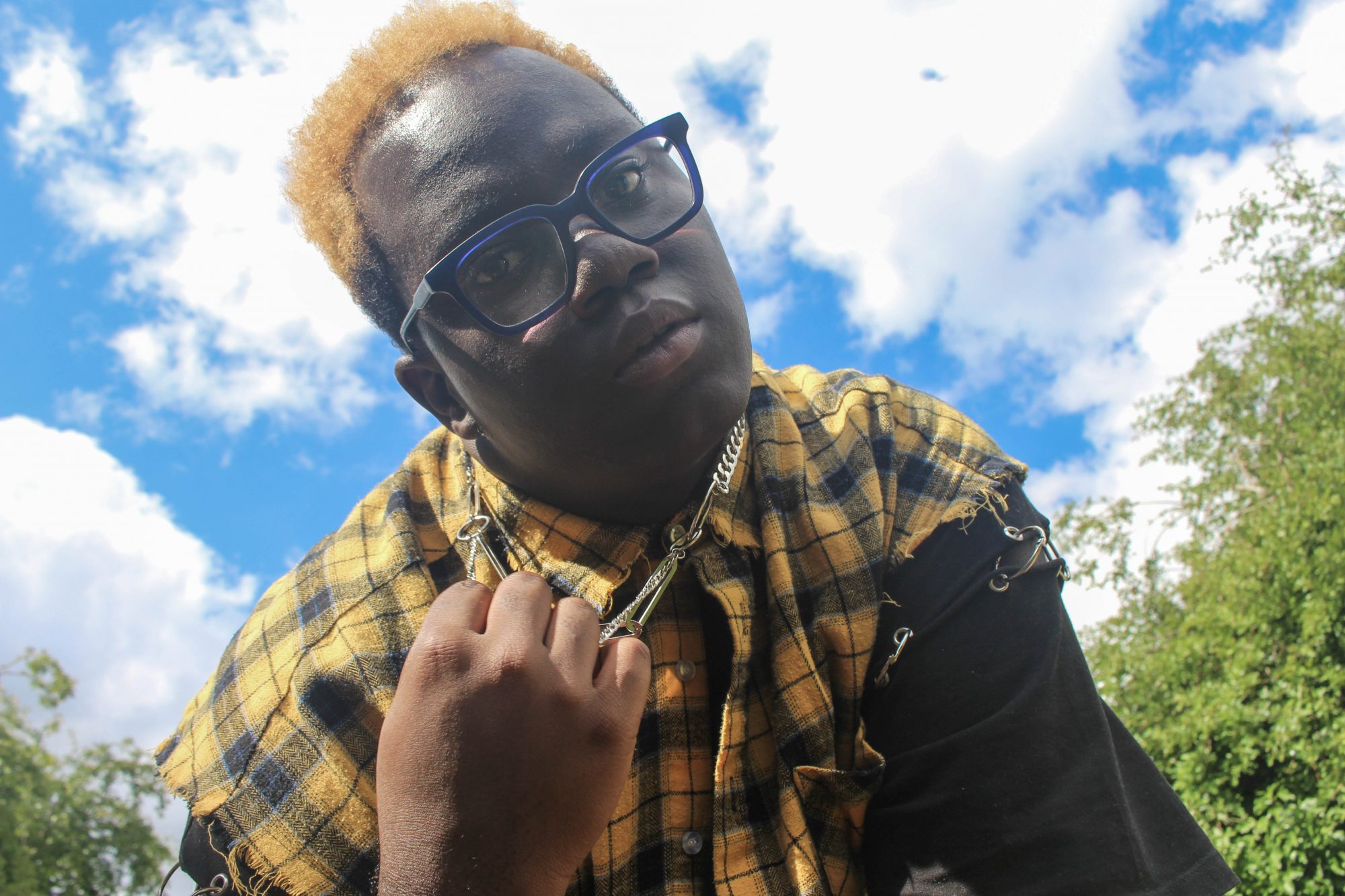 I felt so embarrassed that this happened to me that I brushed it off with jokes when I commented on the picture and I refused to tell my parents. It is a memory that I have suppressed for so so long as it is something that I wanted to forget ever happened to me. But unfortunately, the pain of something like this doesn’t go away so easily.

With the recent resurgence of the Black Lives Matter Movement, (A movement that never stopped, it just stopped getting news coverage) I have been diving deeper into moments like these and unpacking why it affected me so much. I will take you through step by step what happened.

The girl asked me whether she could touch my hair and initially, I said “No!” In fact, I think I said no a few times before the dark, twisted and broken part of my brain said this, “Maybe if you let her, maybe she will be your friend!” This is worth noting, my sense of self-worth was next to none at this time and I was seeking approval constantly. I would never ever let someone do that to me now but when I could only see darkness and everything around me was starting to close in, this is how I reacted, despite knowing that it was all wrong. When I finally gave in, I leaned to the side and she said that she couldn’t reach so she suggested that I kneeled down. The boys kind of encouraged it as well. I knelt down, a position of absolute subservience, a position I hate and felt so broken by. You can even see how dead I was behind the eyes despite still managing to smile. I got back up as quickly as I could and walked away from them. 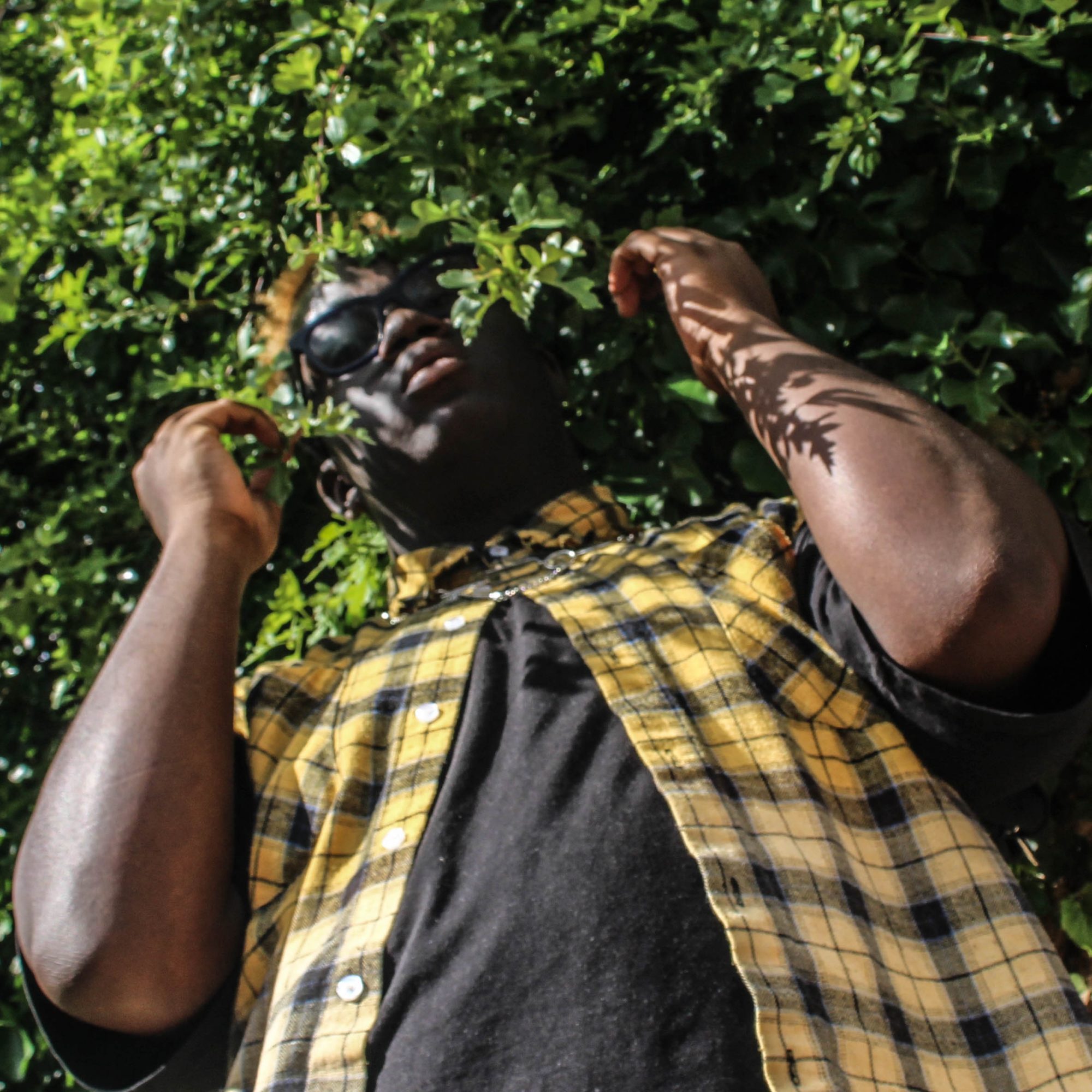 I wanted to disappear! I wanted to disappear completely after this happened. Never had I felt so humiliated at something happening. So for the rest of the night, I became extremely performative. I don’t remember any of the conversations I had from this point onward. I just remember dancing and smiling to get through the night so I could get home and cry.

If you don’t already understand why this was so wrong, let me break it down for you. If you have spent time on your hair to make it look nice and then 3 people came wanting to touch your hair after they had sticky fingers from drinking fizzy drinks, would you feel happy about it? I am guessing the answer is no.

On top of being made to feel less than human, as I usually did in school, it was as if I was being degraded even more than normal. I believe I was one of 15 POC on this one boat, so I constantly felt like an intruder to this white party. I guess that is how I felt throughout the whole of education, the black boy that somehow “broke into” this white school.

Do you remember that image of that little black girl that is caged up surrounded by white people who are treating her like she is an animal at a zoo? That is how I felt in this moment. 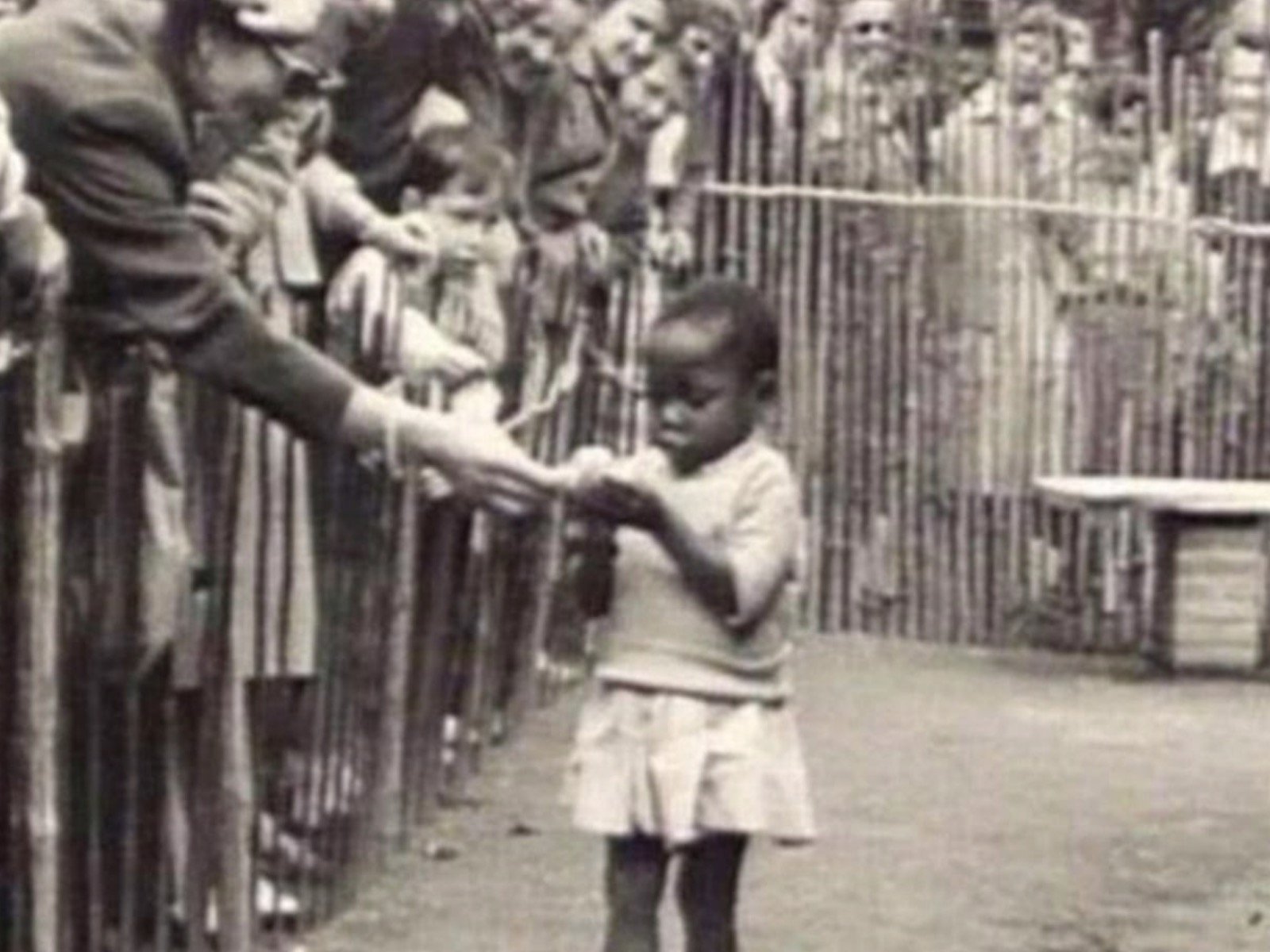 Human zoos like this were commonplace around Europe and other colonised countries from the 1870’s onwards. I bring this up to reiterate how dehumanising it feels to be treated like an animal at a petting zoo on a night that was meant to be a celebration of getting through the first year of GCSEs.

So I politely say to you, DON’T TOUCH MY HAIR! Don’t touch any black person’s hair, especially when you don’t understand the legacy behind it. Afro hair is not simply “Just Hair.” Historically, it was a way of communicating and it was a symbol of heritage. The styles aren’t simply styles, they are creations made for OUR HAIR ONLY. I understand that Cornrows may still be exotic to you, and I understand that you want to get dreads like Justin Bieber. I understand. But don’t do it, please.

Whilst we are here, please do not ask to put my afro comb or my wave barber brush in your hair. Firstly, it is unsanitary. Secondly, it is just wrong! 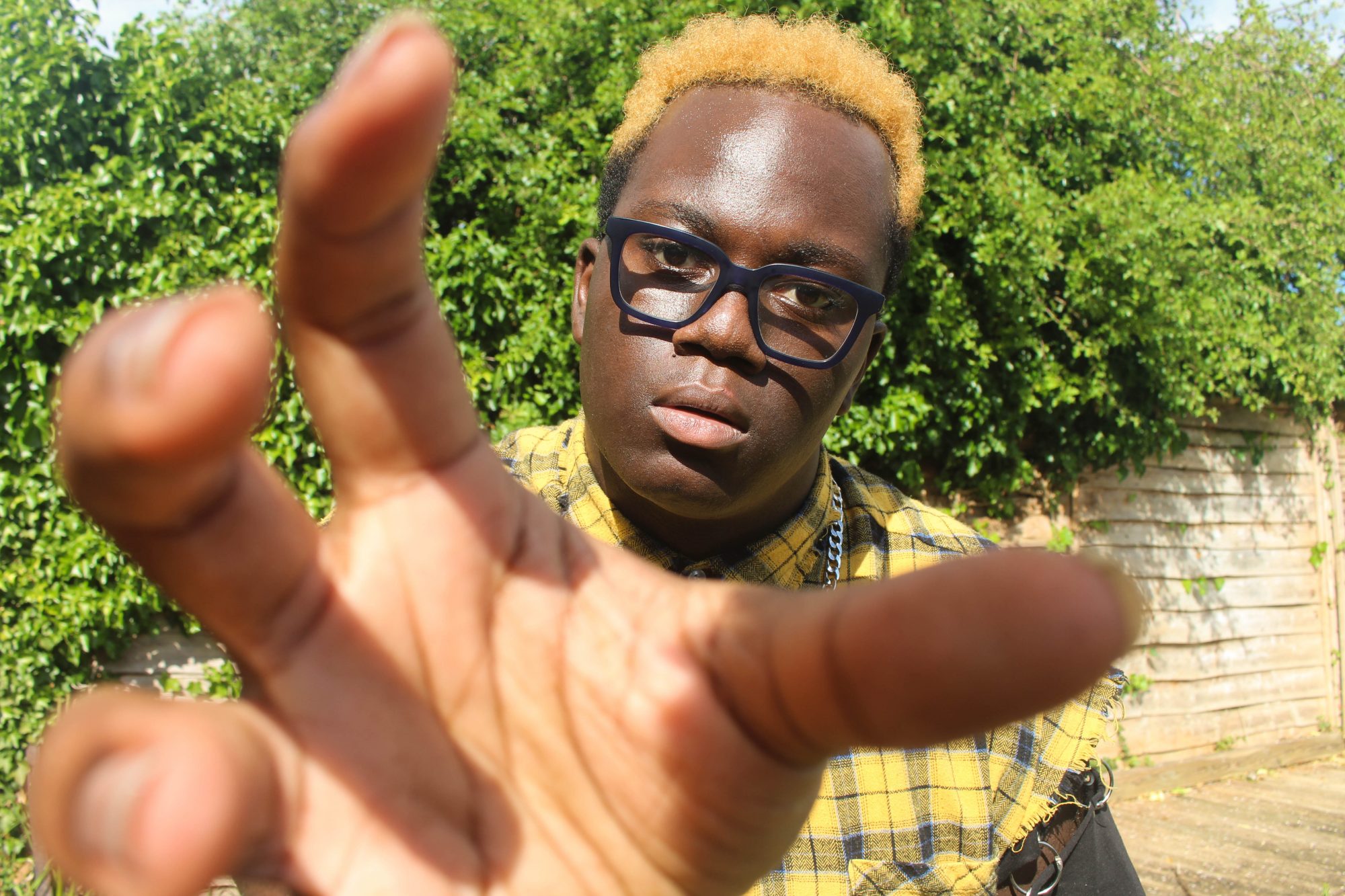 If this article has made you feel uncomfortable to read, know that it was more uncomfortable for me to write because this is something from my actual life. I have completely forgiven the people who were in that photo above. They didn’t know what they were doing, they didn’t realise it was wrong and they have grown from it.

I wanted to write this to express how insidious I found primary and (Especially) secondary school. This is just one story. But I have many that built up my breaking point. Black lives 100% matter. They always have and always will. I write that as we still see things in the news (Or on social media as the News aren’t reporting it) that many black men and women have been hung, 120+ more black people have been killed after the Murder of George Floyd, misogynoir is continuing to degrade black women for simply being and the list could go on and on. This is why the message is ‘Black Lives Matter.’ It is a cry for urgent help because, for over 400 years, Black Lives have not mattered.

Thank you for taking time out of your day to read about my experiences, I hope it gave you an insight into the racism that still exists in the UK. I hope this can help someone else to be open about their own stories or to avoid anything like this happening to someone else. In school, I remember this happening to a lot of Black and Biracial/Mixed students, having their hair touched unwarranted. It is something that needs to stop and as Solange and Sampha said, “Don’t Touch My Hair!”

A friendly reminder above! We were never made to fit in, we were made to stand out. I pray that we can all learn to be better, kinder human beings. God Bless you all!

If you are looking for petitions to sign or ways to educate yourself, click on my linktree as I have provided a lot for you all: linktr.ee/victoriousdarius